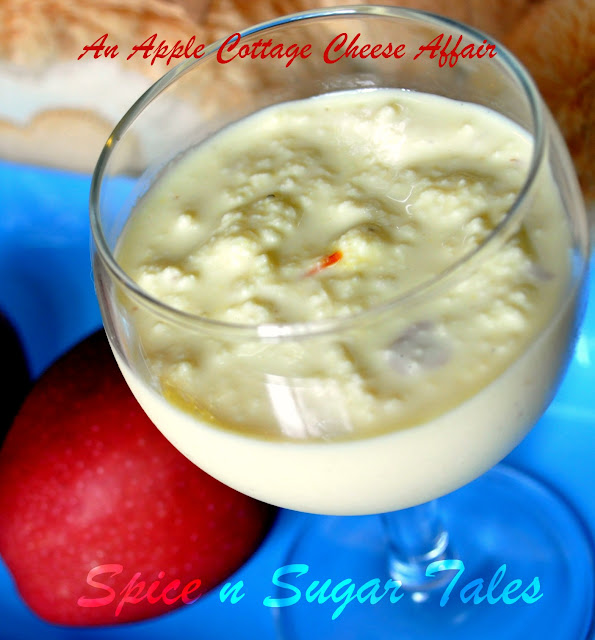 Africa and Cooking have at least something in common; they both bewilder you. Africa stuns you with its unrivaled beauty and then sometimes shocks you with the on-road high-crime-rate, and no less is Cooking which can win you medals unexpectedly and then pull you down sometime without any socks-on. But as it is said, there's no fun without adventures and there's no success without blunders, so Africa and Cooking, don't worry, I still love you both. :)
Now you must have estimated that something definitely must have went wrong in my kitchen that I was thought-provoked to write all this, right? Well, yeah, it did.
I think you all know by now that I have a sweet tooth along with my hubby and little angel, and know it or not, Ras Malai is my favorite sweet. So, here I was, ready with everything required to make it, along with the focused mind last weekend. I had curdled milk, the Cottage Cheese/ Paneer was hanging up in the sieve ready to be used, the 'Ras' was ready after I had reduced the milk to half, but but but, where was Sugar???
Oh Gosh! This was possibly one of the biggest blunders I made that while going for a sweet, the sweet sugar was not enough...hufffff.... and then I urgently called my hubby who was in the office and it was 8 in the evening so almost all stores were closed. My doll was sleeping so I had no option to run out and bring it, and wow, my hubby could not find it too while returning on Saturday eve, so now I am all set with my darling paneer, 'Ras' with the flavors added, but not much sugar. I had only that much of sugar which could either help me in steaming the paneer balls or preparing the 'Ras', so options were way too limited. I went a little mad at first because I could take my mind off Ras Malai and then knew that can't make it too, so the Cerebrum started calculating for the best available options, and no wonder it helped me finding a new recipe. Now this version was surely healthier than the previous one because I would be using less sugar, and then I would be adding apples to it.  It reminds me of the saying, 'An apple a day keeps the doctor away' but my poor husband just can't keep himself away from me even after having a dozen of apples...hehe..now that's the side-effect/disadvantage of getting married to a doctor, you see. ;)

Without much ado, here comes the recipe: 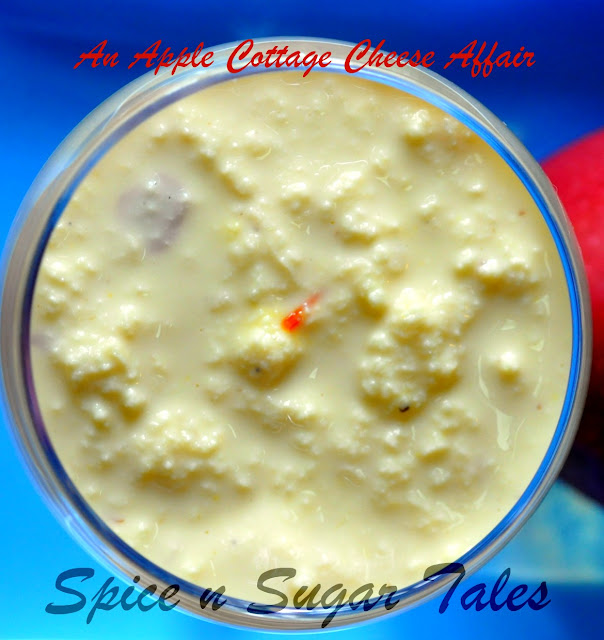 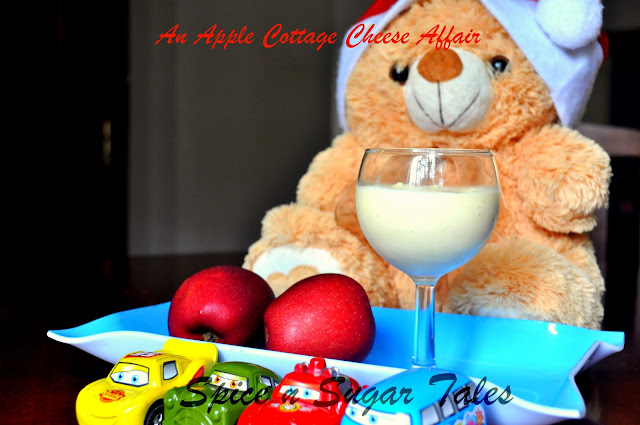 The recipe flies off to:
My event: Cooking Made Easy With Cheese/Paneer
My event: Cakes, Cookies and Desserts
Lets Cook for Christmas- Red and Green by Nayna
Christmas Delicacy  by Erivum Puliyumm
Jingle All The Way  by Edible Entertainment
Sweet Heat by Vanilla Clouds and Lemon Drops
Posted by Anjali Bapna Shukla at 10:28 PM 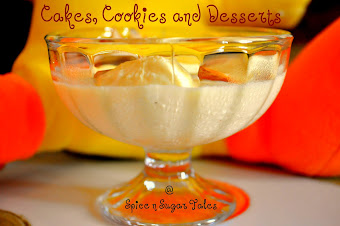